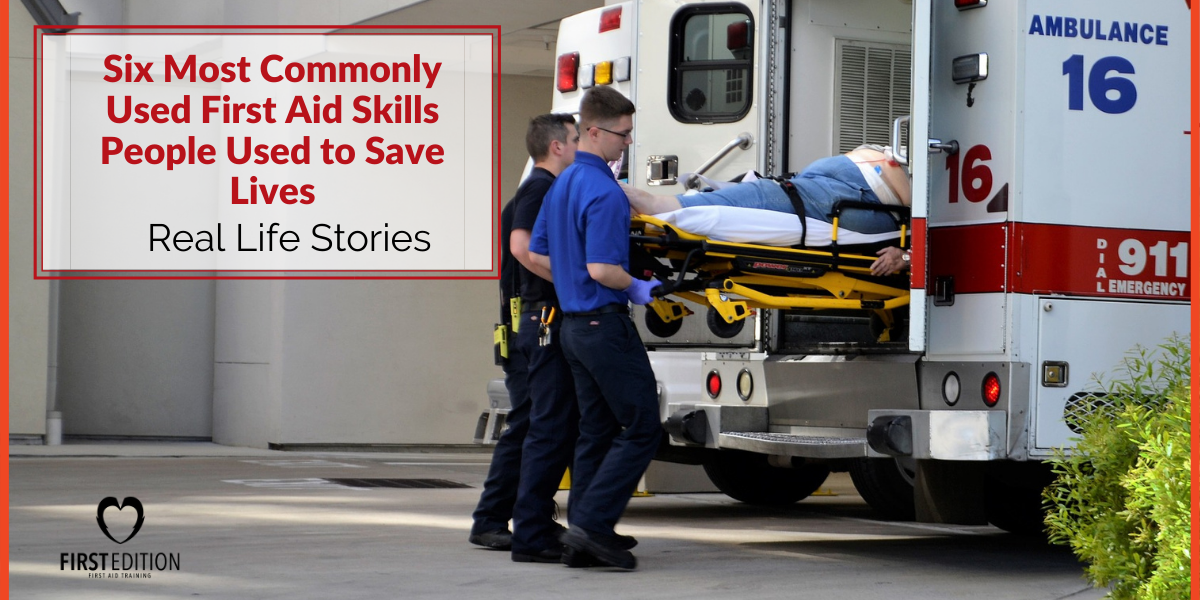 Having basic first aid skills can be the difference between life and death. Read six real-life stories about everyday people who saved a life using skills learned through a first aid course, which can be started from the comfort of your own home. Consider taking a first aid course and feel confident that you could save a life one day too! 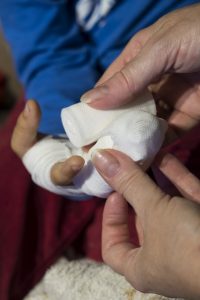 Connor Osbourne is lucky to be alive, thanks to his big brother Jack. What started out as a fun day of biking turned into a nightmare when Connor’s bike hit a rock and sent him flying in the air, causing him to become impaled by the bike’s handlebar. Thanks to first aid skills both boys had learned in the Army Cadets just weeks prior, Jack was able to use his t-shirt to apply pressure to his little brother’s wound. “The force of the impact had severed his femoral vein — one of the body’s main veins located in the upper thigh and pelvic region. There was a risk he could bleed to death.”

Florida resident and middle school teacher Billy Bass was enjoying his steak dinner when he began to choke. Unable to dislodge the food himself, he ran next door for help. Thankfully Karen Aranda acted quickly and performed the Heimlich Manoeuvre and saved Billy’s life. “Footage from the security camera shows the woman, who is considerably shorter than Mr. Bass, successfully dislodging the meat in his throat in one thrust to the abdomen.” The Heimlich is an anti-choking technique that was developed in 1974 by surgeon Dr. Henry Heimlich. 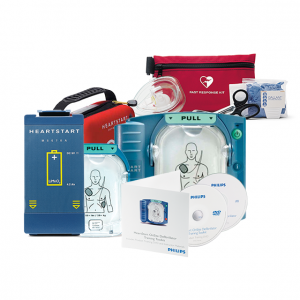 “Ali Khaleghi collapsed at a Nov. 14, 2014, hockey game at Herbert H. Carnegie Centennial Centre in North York. He had only been on the ice for a few minutes playing for the North York Rangers AAA team and had just blocked a shot a few seconds prior.” Who would have thought a 13-year old’s heart would stop while playing hockey? That’s exactly what happened to Ali after he collapsed onto the ice. “Someone ran to get the arena’s Automatic External Defibrillator (AED) and… delivered a shock to the player. Some parents felt the situation presented an educational opportunity, demonstrating that it’s not only important for rinks to have defibrillators, but also for people to know where they are.”

Jean Paetkau’s son lives with life-threatening food allergies that can be triggered when he consumes bananas or dairy products. One day while at the swimming pool, Jean’s son went into anaphylactic shock. “My son and I took a quick dip in the hot tub and headed into the showers. As I turned on the water, I looked over at my son, expecting to see a contented if tired child. Instead, I was met with a swollen and red face that looked like the work of an angry, demented sculptor.

Thinking that there must have been dairy or a banana in the hot tub, I stuck him under a hot shower and washed him thoroughly.” Luckily, Paetkau never leaves home without an EpiPen. “That while the walls of a swimming pool change room echoed with the screams of my scared and swollen seven-year-old son, I injected him with the epinephrine that stopped his rapid deteriorating condition.” After testing, it was confirmed that Paetkau’s son is now allergic to extreme heat. 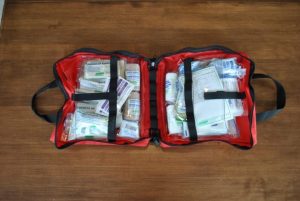 When Scott Gray made himself a cup of tea, he never imagined it would cause his son’s skin to fall off. After leaving the hot beverage on the side while playing with his son, it spilled, scalding four-year old Archie’s legs. Acting quickly, Gray used standard first aid technique of applying cold water while waiting for paramedics to arrive. Gray’s doctor said, “”This is exactly the type of injury where good first aid with cooling can make a real difference to the outcome.”

Pamela Morgan calls Cameron Hubley her hero. That’s because Hubley saved her life when she suffered a heart attack at the mall. Morgan was found collapsed on the ground, bleeding from her head and turning blue. Trained in first aid, Hubley began doing chest compressions until someone brought him an AED. Hubley’s actions led to him receiving the BC Emergency Health Services (BCEHS) Vital Link Award. The award recognizes the “skilful actions” of one or more bystanders at a cardiac-arrest emergency.

Why First Aid is Important in our Communities
March 5, 2021

Basic First Aid You Should Know for the Snowy Canadian Winter Months
February 1, 2021

The Importance of First Aid Training at Any Age
January 4, 2021

CPR in Movies – Which Films Did It Right and Which Need CPR Training
July 9, 2018
Go to Top